Platform Southwark presents ‘RedivideЯ’ a two-person exhibition of new works by Yulia Iosilzon and India Nielsen, curated by Hector Campbell. The palindromic nature of this exhibition’s title serves to highlight the two young artists twinned education and subsequent enduring friendship – both having received their BA’s from the Slade School of Fine Art and MA’s from the Royal College of Art, only one year apart in both instances – while simultaneously drawing attention to the correlations, and by association divergences, that exist between Iosilzon and Nielsen’s artworks and art practices.

Iosilzon’s work is born from an inherent interest in the narrative – of stories anecdotally told and retold, fables proliferated and propagated through word of mouth and fairy tales passed down from generation to generation. It is snippets and snapshots of these histories that are captured and immortalised in her paintings, removed from their original context and often reduced to, or solely recognisable by, their base emblems or characters. Experienced moments or overheard conversations are rendered metaphorical on the canvas, inviting deciphering or translation, hinting at a longer, continuing narrative concealed from the viewer.

Through the use of semi-transparent canvas material, Iosilzon again cultivates obscurantism, the implication of intimacy undercut by the inability of comprehensive clarity innate to the opaque medium. By indicating at the exposed physicality of the paintings she again allows part of the story to be told while withholding the complete picture from the viewer, leaving them in an almost frustrated position of approaching awareness. This translucence, as well as the occasional addition of more sculptural elements such as silicone or glitter, also helps to fragment the narrative representations further from their storied source.

Iosilzon’s command of colour and application of abstraction act to support the narrative framework of her paintings, the former inviting its own emotional undertones and sensationalistic connotations, the latter providing a cinematic backdrop to, and directional focus for, the figurative composition. The colour combinations employed within her work have narrative origins themselves, having been observed by Iosilzon during moments of everyday life, occurring within fashion, advertising or architecture.

Having come of age alongside the advent of the internet and social media, a forum where time, geography and history are flattened onto one digital plane and a multitude of opinions fight for attention, Nielsen experienced in her formative years the sort of information overload which now, only upon reflective, society is being warned of. The blessing and the curse that at once allows for both invasive levels of intimacy and alarming levels of alienation, enables us to view the world simultaneously from a microscopic and macroscopic perspective.

Nielsen, as a result, applies our shared experience with, and knowledge of, navigating the virtual ream to her artistic practice. Akin to music producers remixing and sampling pre-existing data, she layers, compounds and aligns elements of conventional visual art- making and art historical discourse to create exciting and original artworks made during intense bursts of energy and with a spirit of improvisation.

Nielsen’s paintings operate at the glitching intersection of the actual and the virtual, the sculptural and the pictorial, the optical and the lingual, deconstructing what we understand as language – a communicative device rife with potentially confusing complexities of tone, emotion and inflection – and in its place she implements a rich vocabulary of textual and visual footholds within which the precarity that comes with living in the digital era is embraced. Figuration and abstraction collapse into each other to shun both representational and allegorical interpretation, as text, portraiture and landscape are segmented and reduced to purely symbolistic depictions that function as sigils.

These concepts of fragmented linguistic analysis are further developed in the sculptural facets Nielsen produces, which take the form of modular, verbal framing components that subsist whether attached to their canvas counterparts or displayed independently. When used to partial frame Nielsen’s painterly compositions the modules extend the picture plane into the third-dimension, implying the expansion and continuation of the language laid out on the canvas, as well as the spawning of new paintings. When seen detached from the larger works they suggest not absence but opportunity, hinting at the painterly world they’ve left behind and the exciting slippages in experience that can occur when they seep into the physical realm.

It could be concluded therefore that both Iosilzon and Nielsen implement paralleled inspections of iconography, albeit with Iosilzon operating within the physical realm and Nielsen operating within the digital. While Iosilzon dissects preconceived narrative- driven art-making resulting in fragmented representational compositions demanding resolution from the viewer, Nielsen utilises visual data mining to deconstruct the established pictorial language and present a fragmented yet functional alternative. As Iosilzon manages the viewers level of immersion through the use of the semi-transparent surfaces, at once revealing and concealing, so too Nielsen controls the viewers level of apprehension through the remixing and layering of references, at once accessible and impenetrable. 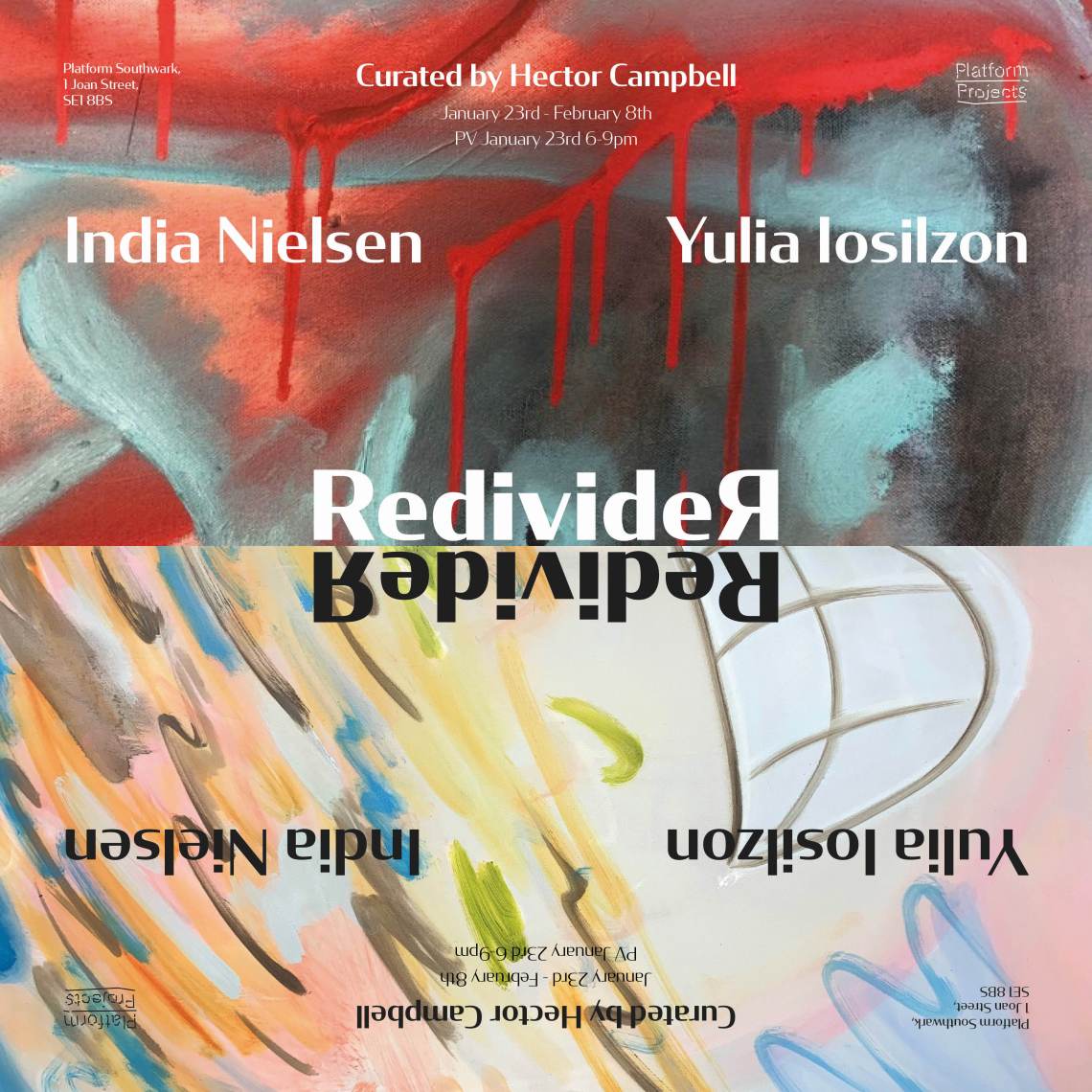 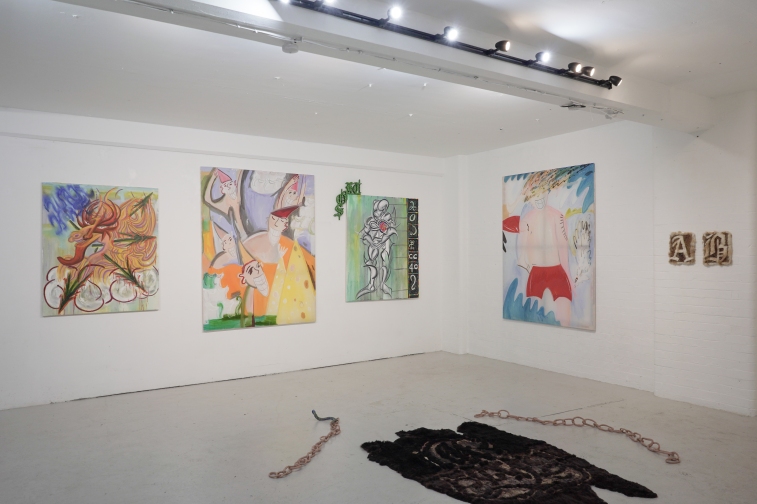 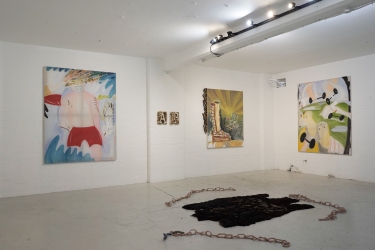 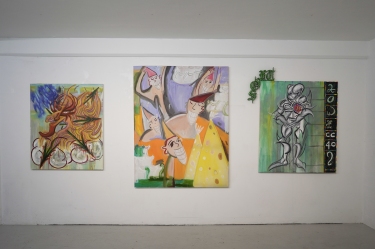 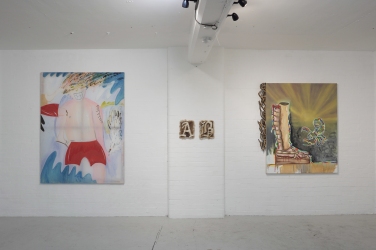 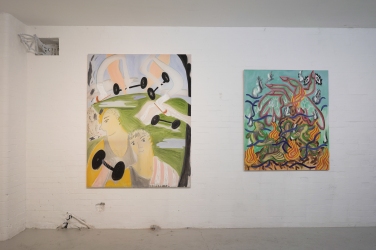 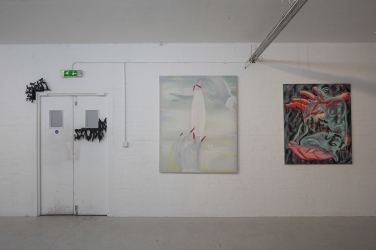 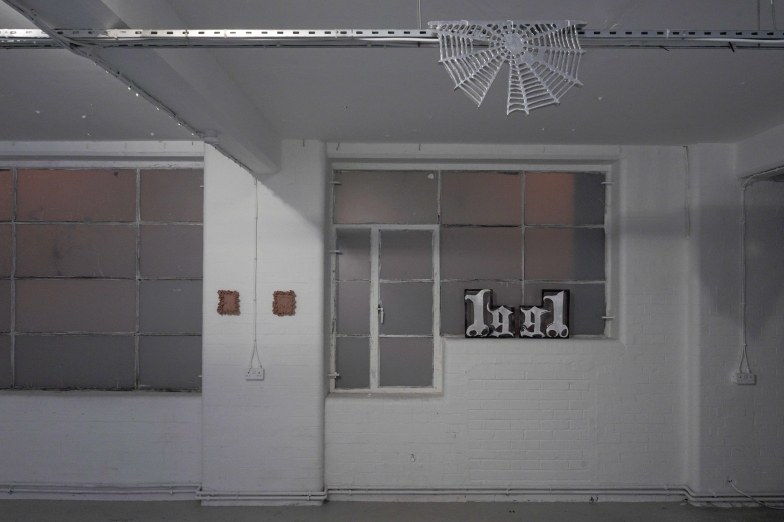 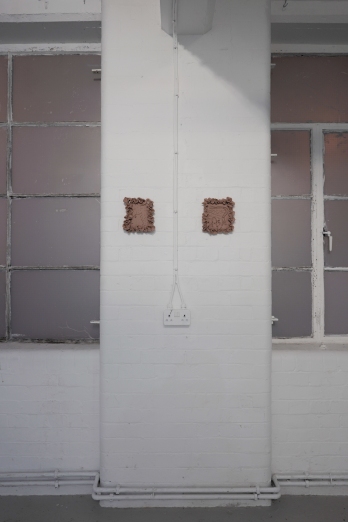 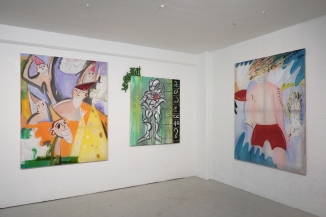